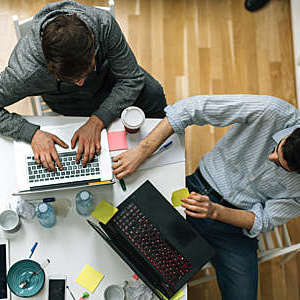 Descriptive metadata for the Web is essential for us to navigate our way around it, enabling resources to be found, identified and archived. Yet such metadata wouldn’t work if programmers worldwide weren’t using a common, universal metadata language. The ISO standard that defines that language has just been updated.

The Dublin Core is a small set of elements or properties for the description of digital resources such as Web pages. First developed in 1995 and maintained by the Dublin Core Metadata Initiative (DCMI), it is known as the worldwide common language for descriptive metadata on the Internet.

ISO 15836-2, Information and documentation – The Dublin Core metadata element set – Part 2: DCMI Properties and classes, extends the original set of 15 core properties with 40 properties and 20 classes in order to improve the precision and expressiveness of descriptions in the Dublin Core. The additions focus on generic properties widely needed for basic interoperability across languages and disciplines.

The International Standard has just been revised to ensure the definitions of terms are up to date, and expand its scope to include all properties and classes from DCMI Metadata Terms.

Juha Hakala, Chair of the ISO subcommittee that developed the standard, said the Dublin Core is the most widely used reference set of elements for descriptive metadata on the Web worldwide. The addition of a Part 2 provides a key means for users and programmers to create resource descriptions that interoperate on a general level across multiple domains and languages.

In developing the standard, the committee worked closely with the Dublin Core Metadata Initiative (DCMI), which in turn revised its DCMI Metadata Terms in response to committee feedback.

ISO 15836-2 was developed by ISO technical committee ISO/TC 46, Information and documentation, subcommittee SC 4, Technical interoperability, the secretariat of which is held by SFS, the ISO member for Finland. It can be purchased from your national ISO member or through the ISO Store.